Why is Skin Tone coloring so complicated?

In all my time teaching adult coloring and creating coloring pages to better guide colorists in applying realistic effects with colored pencils, I learned quite a bit about the psychology behind skin tone coloring.

Before we jump into why skin tones give colorists the most grief though, we must first examine human faces and how we interact with them. After all, without faces (and bodies) we wouldn’t have skin tones to worry about at all.

Research shows us that human beings have by far the strongest emotional reaction to human faces over anything else out there. Regardless of how you feel about people, regardless of whose face your’e looking at, if it’s human, your emotional response will spike dramatically compared to the response your brain exhibits when you look at even the most beautiful of sunsets. That’s just built into us.

This means two things for artists.
ONE: using portraits in your art will get your work more noticed and interacted with.
TWO: improving your portrait drawing and coloring skills is essential.

But why, you’re probably asking right now, would we struggle with drawing and coloring a subject matter that’s so near and dear to our hearts? Shouldn’t we be experts at human faces if we’re so connected with them?

Quite the opposite, in fact. Because we’re so familiar with the human face, we no longer see it for all that it is, but rather see it in caricature. There’s a huge element of recognition rather than observation at play. When you look at another person in front of you, you rarely (unless you’re a face-obsessed artist) study their bone structure and the way the shadows happen to be playing on their eyelids as they move and blink. Instead you see – young, old, tired, goofy, attractive, awkward, smiling, frowning, etc…

In our minds, we reduce human faces to the very basic classifications that are relevant to the current interaction. For instance, if you’re pulled over by a traffic cop, you probably see a towering, intimidating, and frowning individual, and you will probably never recognize him should you run into him again. Your mind just turned him into a caricature of a scary authority figure. However, if you’re out on a date, you’re probably seeing a warm, happy, smiling face, and are trying to imagine all the other positive posibilies of continuing the interaction.

Obviously, some of us have had quite the opposite experiences, but you get the idea.

In either case, you’re NOT studying the exact shade of the skin tone on the left side of the face as the sunlight casts a shadow on it. That’s just not how our minds naturally work.

When drawing and coloring, we revert to our natural perception of human faces – the emotional perception, forgetting all about light, shadow, and color. We don’t see faces as objects that interact with light, but rather as characters with personalities. When that happens, we begin to invent new ways to depict what we feel rather than what we see, and that pretty much always results in flat, unrealistic coloring.

When I teach my students portrait drawing, painting, or coloring, the first thing I teach them is to separate themselves from the face as a character, and view it as an object in space. It’s fascinating to watch how even my best students are able to draw a hyper-realistic pear or apple or pepper, but as soon as it’s a human face all that they’ve learned goes right out the window. Flipping that switch in your head, and mentally transforming the face into just a relief on a spherical/egg-shaped surface, makes all the difference.

The other thing is of course color. The biggest mistake I see colorists make in their portrait work is not using enough color variation. Many people try to find that one perfect pencil to match the desired skin tone, and that’s just not how it works. Think about it, if you’re drawing an egg, or a loaf of bread, or a coffee cup, you don’t just pick the one color that matches the surface of your object. You use anywhere from five to fifteen colors, ranging from white to black, hitting many shades of tan, yellow, brown, blue, purple, orange, and many others along the way.

Why then, would human skin be limited to just one color? A face is just an object, that interacts with light and shadow the same way that every other object on the planet does.

In my course on Realistic Skin Tone Coloring I teach just that, how to pick enough diverse colors, and apply them in such a way that an otherwise flat-looking drawing will come across as a three-dimensional and realistic face.

So, if you’re a colorist and would like to dramatically improve your skin tone coloring skills in very little time, while having fun at your own pace, join me in my latest course on Udemy. I will teach you everything I know and use in my own portrait art, concentrating on pale, olive and dark skin tones.

When you complete my course, you will have produced three professionally colored portraits, like these ones done by one of my students.

You will also receive a certificate of completion.

I hope to see you there. 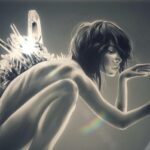 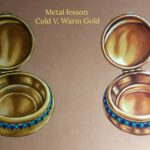 Next Story:
My students never cease to amaze me